Budget 2017 opened a world full of opportunities for the real estate sector. And, more so this was one of the urgent needs too. One of the biggest industrial sectors contributing significantly to the Indian Economy was itself in lurch for quite some time. The reasons were many; but the mafia, corruption and dishonest policies of the unorganized realtors took most of the heat by showing its ugliest colors. The result of all these were – unsold units, projects abandoned in the middle of nowhere and buyers busy settling disputes and cursing the time when they signed on the dotted lines. All of these unfortunate happenings discouraged people who showed even little interest in Real Estate investing as it was more like fathoming unknown waters for them. With the onset of the ‘infrastructure status’ it is bound to change the market dynamics of the Real Estate Sector.

What ‘Infrastructure Status’ means to the real estate sector

Real estate, due to its unorganized nature, was not given the due consideration it always sought for. This sector needed a strong and impactful impetus to keep things moving. This could become possible only if the power at the Centre showed some seriousness which was definitely missing in the previous regimes. Rules being distorted to fulfill nepotistic motives broke the back of this sector badly and the sector became more of a luxury for a handful few instead of being successful in fulfilling the basic aim i.e. providing shelter.

Giving ‘infrastructure status’ to affordable housing segment is certainly a gigantic leap taken by the Government in the direction of making India an enviable country, economically as well as infrastructurally. This decision has opened a boxful of opportunities for the realtors who had no concrete projects, ensuring their survival in hand. It is anticipated that both private and public governed bodies will join hands to achieve the target of ‘House for All’ mission by 2022.

On one hand, if the under-privileged gets the shelter, which is certainly a noble cause, the realtors are no way behind in terms of reaping benefits by the affordable housing segment getting ‘infrastructure status’. They have concrete and as quite understandable a fully accountable reason to ask for institutional credits which were not so easily available to them till now. The real estate sector was under a cash crunch due to poor accountability. But, the establishment of RERA has brought this much-needed factor also into the picture. So, the road to having more cash in hand while taking up project has become a tad bit easier for the real estate developers.

The Positive impact of ‘infrastructure status’

Another major impact of ‘infrastructure status’ will be the simplification in approval process for the affordable housing projects. This will accelerate the completion of projects hopefully, allowing the developers to enjoy better margins per project. Houses at affordable rates are going to fulfill dreams of many eyes who never dared to dream because of the sky-high prices of the properties. The household earning 2 lakh per annum or low could have never thought of owning a house, and as a result, this huge market segment remained impregnable till this major change. It is worth noticing that demand base of affordable houses is quite huge as the people working at meager salaries are in astronomical numbers in the country. So, with correct policies and planned execution, the realtors will be able to extract maximum monetary benefits, yet providing affordable housing solutions to the maximum. They know that by investing their resources in affordable houses segment, they actually are not dealing in projects that culminate in dead end. Thus, this move by the government has definitely opened avenues of better opportunities for the developers.

Policies that are going to boost further the infrastructure status move

RERA and Benami Amendment Act along with the ‘infrastructure’ tag are seen as a three-prong attack on the discrepancies in this real estate sector. The real estate sector, after gold, is one of the major avenues of investment and the haphazardous ways of dealings took the ‘real’ investors away from it. Regulatory acts and Benami property discouraging acts are surely going to bring forth the clearer picture to the buyers who need safety of money and peace of mind while choosing any avenue for investment. Thus, who they are actually dealing with, how their money is going to be utilized and how soon the project will be moved to ‘completed’ status are some of the questions that are going to get tangible and credible answers in coming times. It surely would help improve the demand scene.

Tax benefits proposed for the realtors involved in affordable housing projects: The Government proposes 100% deduction from tax on the profits made from ‘House for all’ scheme. Thus, making houses for people with limited resources has been made a tax-saving proposition and realtors involved in it may enjoy more tax holidays in future.

Allocation of Rs 23,000 crore to Pradhan Mantri Awaas Yojana: Real estate sector is definitely brimming with energy because of the 53% rise in allocation of funds to this ambitious scheme, as it will improve the cash flow into the sector.

Indian real estate sector has immense potential to grow and bridging the gap between demand and supply is one of the ways to promote its progress. Assigning ‘infrastructure status’ to affordable houses segment has infused the momentum in this sector. To know more about the benefits and buy an affordable home you can log onto www.housingman.com and speak to the HousingMan experts today.

How features of infrastructure can influence the real estate industry? 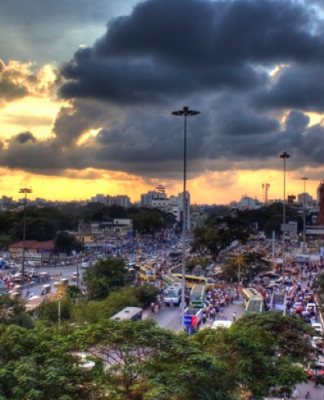 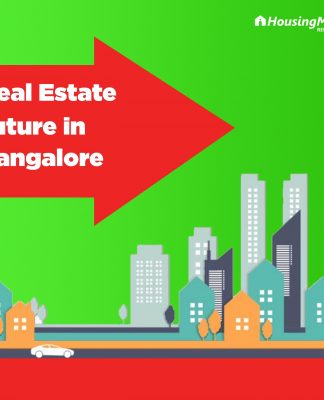